Octant started about two years ago with the mission to use synthetic biology to map the space between chemicals and drug receptors to build better drugs. I joined in the first few weeks, working out of a café, to build and launch our first lab at the UCLA Magnify incubator space. There, we pressed forward to build a working prototype of our platform and plan a bigger future for drug discovery.

Last summer we made the difficult decision to leave the sunny beaches and taco trucks of LA for the Bay Area. The diverse biotech scene in the Bay Area felt like a better fit as we build a company bridging the gaps between synthetic biology, drug discovery, and large scale bio-computation. This is the story of how we uprooted our first lab (and all its members) and moved to a permanent home in record (or so we’re told) time.

'Inch wide-mile deep' is basically a PhD. As a newly minted PhD, I was an expert on how mammalian cells communicate following wounding. Unfortunately, not many employers were looking for a cell communication expert. But, fortunately, the “soft skills” I acquired as the first student in a new academic lab came in more handy that I could have imagined.

I had the unique experience of moving a lab not once, but twice during my PhD. One would think that after two of these experiences, I’d be an expert (or maybe refuse to do it a third), but as it turns out, having the backup of a well-funded university with template lab designs, monolithic purchasing power, and facilities staffed by building managers, custodial staff, and administrators made moving an academic lab, in retrospect, look easy.

Moving Octant, we were on our own. We started looking in October. Our lease at Magnify would be up the next August, and some of us needed to move families before then. We restricted our search to functioning lab spaces, having been warned that it would realistically take at least 9 months to build our own. Three months later, as I was wrapping up my maternity leave, and after several busted once-promising leads, we still had not found a single functioning lab space for Octant. With summer just a few months away, we were nearing panic mode. Our only options in hand were a sublet that we couldn’t confirm would even be available until late March and a lead on an old printing warehouse in Emeryville with ‘great bones’ and a future-thinking owner, but that would require a significant build.

We decided to go for the ‘build’ option. We mobilized a core team of a real estate agent, builder, architect, and several consultants to brute force in parallel over four months what we were told would take at least nine. No options were off the table, and we reexamined every assumption in the typical bio-lab construction process. Did our lab really need a plumbed gas line? Suction? Where do we absolutely need sinks? Where is AC necessary? Can we repurpose the building’s existing ductwork? Can the roof handle a big enough air handler? Is there a solution that avoids the need for structural review? We pushed the build team to get creative with a hard end-of-summer move-in deadline, while the rest of the team hit Zillow to find a place to live (and some SOs started looking for new jobs).

There were a variety of mishaps and lessons learned along the way! For example, the time our casework installer disappeared on an off-grid cross country bike ride for 2 weeks. Or when I interpreted 'outlet' to mean one socket (it meant two) and we nearly fainted at electrician costs that were double what we expected (go figure). Or when our freezers arrived on the generator truck, and we discovered that our new 220V outlets were configured incorrectly. We’re even still waiting on a replacement for a lost luminometer cable, which is threatening the timeline on a few experiments.

There are also a bunch of seemingly mundane day-to-day operations we took for granted at the incubator. Tasks like: tracking down packages without a receiving department, figuring out where to put our dumpsters on our crowded street, last-minute re-ups of our liquid nitrogen during a heat wave, negotiating with vendors absent much purchasing power, and our custodial staff (and sometimes our teammates) setting off our newly installed security alarm system at random times of the night.

But we did it. And we love our new space! Although the Magnify incubator was great and came with a lot of perks, we were bursting at the seams. Now we have a beautiful office, complete with individual standing desks, designated areas for science discussions, conference rooms, and data-inspired art on the walls. We have 4 lab spaces—Molecular Biology for our core synthetic biology work, Tissue Culture to engineer our mammalian cell libraries, Chemistry for drugs to test on our screening platform, and Sequencing to house our Illumina DNA sequencers. Plus, we have ample storage room, keeping the lab spaces clutter free and easy to work in.

Sure there were some challenges, but coming from a cramped office and an overcrowded shared lab space, we're definitely enjoying the extra leg room and opportunity to make everything our own. And most of all, we’re excited to be even further on our journey towards mapping a new frontier of biology to help treat human disease. 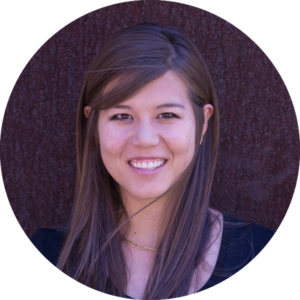