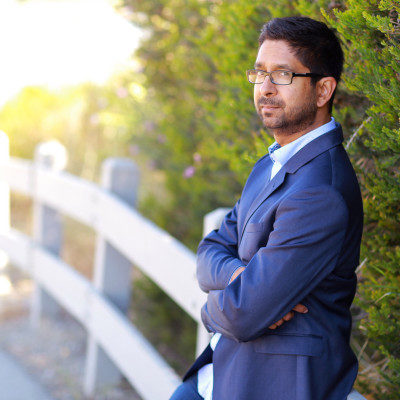 Vijay Pande, PhD, is a general partner at Andreessen Horowitz, where he focuses on investments in biopharma and healthcare. As the founding investor of a16z’s Bio Fund, Vijay leads the firm’s investments at the cross section of biology and computer science, including applications in computation, machine learning, and artificial intelligence in healthcare; digital therapeutics; diagnostics; and other novel transformative scientific advances applied to industry that take bio beyond healthcare. Op-eds by Vijay defining trends and issues in this emerging space have been published by The New York Times, Scientific American, and Forbes, among others. He is also an Adjunct Professor of Bioengineering at Stanford University.

Previously, Vijay was the Henry Dreyfus Professor of Chemistry and Professor of Structural Biology and of Computer Science at Stanford University, where he led a team of researchers pioneering computational methods and their application to medicine and biology (resulting in over 300 publications, two patents, and two novel drug candidates). Vijay was also concurrently the director of the Biophysics program at Stanford, where he led a team of more than 50 faculty members and propelled the program to the top in the country.

During his time at Stanford, Vijay co-founded Globavir Biosciences, where he translated his research advances into a successful startup that aimed to discover cures for Dengue Fever and Ebola. Vijay also founded the Folding@Home Distributed Computing Project for disease research, which pushed the boundaries of computer science techniques (distributed systems, machine learning, and exotic computer architectures) into biology and medicine, in both research as well as the development of new therapeutics.

Vijay holds a BA in Physics from Princeton University and a PhD in Physics from MIT. He has been awarded the DeLano Prize in Computation; a Guinness World Record for Folding@Home; the American Chemical Society Thomas Kuhn Paradigm Shift Award; and was selected for MIT TR10. In his teens, Vijay was the first employee at video game startup Naughty Dog Software, maker of Crash Bandicoot.